Our company, with high experience in the Marine industry, offers quality and cost-time efficient 3D laser scanning solutions for vessels requiring Alternative Maritime Power (AMP) installation. The digital survey produces a detailed 3D visualization of all areas of interest, providing accurate 3D models that facilitate the design and installation of the Alternative Maritime Power systems. Alternate Maritime Power or AMP is an anti-pollution measure which helps in reducing air pollution generated from diesel generators by using shore electric power as a substitute. When ships dock at a port, they still need to keep their engines running to maintain lights, heating, cooling and other essential vessel functions. This causes harmful emissions that have a negative impact on the air in the port as well as increases noise levels and vibrations.

Alternative Maritime Power (AMP) is used when the ship is halting at a port so that the engines of the ship (working on diesel) do not need to be used unnecessarily. This, in turn, helps in reducing the emissions from the ships by a great margin.

Alternative Maritime Power (AMP), also called Cold ironing, shore connection or shore-to-ship power (SSP), is the process of providing shore side electrical power to a ship at berth while its main and auxiliary engines are turned off. Cold ironing permits emergency equipment, refrigeration, cooling, heating, lighting and other equipment to receive continuous electrical power while the ship loads or unloads its cargo. Shorepower is a general term to describe supply of electric power to ships, small craft, aircraft and road vehicles while stationary.

​Cold ironing is a shipping industry term that first came into use when all ships had coal-fired engines. When a ship tied up at port there was no need to continue to feed the fire and the iron engines would literally cool down, eventually going completely cold, hence the term cold ironing.

Shutting down main engines while in port continues as a majority practice. However, auxiliary diesel generators that power cargo handling equipment and other ship's services while in port are the primary source of air emissions from ships in ports today, because the auxiliaries run on heavy fuel oil or bunkers.

Cold ironing mitigates harmful emissions from diesel engines by connecting a ship's load to a more environmentally friendly, shore-based source of electrical power. An alternative is to run auxiliary diesels either on gas (LNG or LPG) or extra low sulphur distillate fuels, however if noise pollution is a problem, then cold ironing becomes the only option.

Alternative Maritime Power (AMP) or Cold ironing is a practice of supplying electrical power to ships from the shore while they’re docked. This way ships get to turn off their auxiliary diesel engines, reducing 95 % of air emissions. The other 5 % is used during the roughly 30 to 40 minutes it takes to plug (and then unplug) the vessel to the power source at berth. What is more, this alternative allows shipowners to save on fuel costs.

At present, there are four different variations in the Alternative Maritime Power (AMP) that is provided from the port to a ship or a tanker:

Despite its undeniable environmental benefits, cold ironing is a complex technological system, which consists of numerous elements, such as:

As the shipping industry limps back to normalcy the demand for supporting container ships at ports with Alternative Maritime Power (AMP) will give this segment an impetus. According to the United Nations Conference on Trade and Development, about 80% of the goods traded across the globe depend on maritime transport. The authority also states that 60% of the trade carried out globally depends on containers. 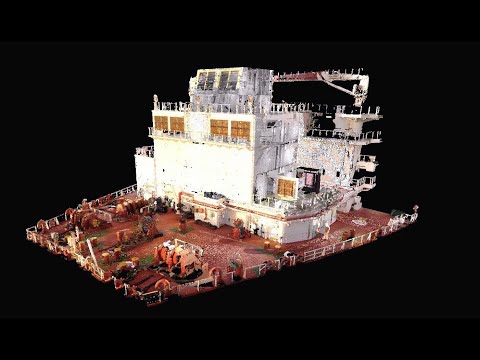